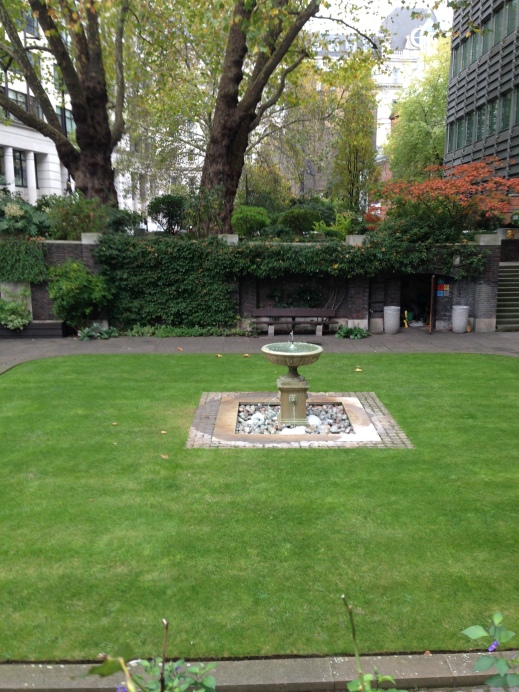 Eeuugghh, I know it sounds gross, I’ve never had it before and it came as a big shock I can tell you. Happily de-sausaging before having a shower, I came across black fluff, all over my top half and in crevices I didn’t know I had..

Now this is a new thing, I’ve read about exercises for avoiding runner’s knee, Achilles’ problems, and many other ailments, but there doesn’t seem to be anything on Dr Google about runner’s fluff…

If it’s not too nasty for you, this is the issue; I have a new hooded running top, which I am guessing may be designed to be worn over a base layer. Trouble is I get too hot if I wear that many layers, so I go more or less ‘au naturel’ , well Berlei Shock Absorber first, then the hoodie. After an hour or so of being out in the London Autumn air, some of the hoodie decides to run off it onto me. Hence runner’s fluff.

I am thinking clingfilm may help with the fluff, but not the heat. Naked running – there isn’t any one who deserves that, base layer – same problem as the cling film. Dump the hoodie – this sounds like an aggressive anti- ASBO person strategy. Don’t feel inclined to dump the hoodie, as I bought two of them, so am thinking this winter, I will be a runner’s fluff sufferer.

Today’s cheeky 5k, was all about getting out and doing some speedier work. Except I forgot about people being in the City and also traffic lights… So I bombed off around the City, chased after a rather cute man in a Vanarama tee shirt. I don’t need a van, but if he is hiring them, then I am happy to consider it 🙂 Shortly after Mr Universe ran past, I found I was quite thirsty and the above fountain appeared at the right time, although sadly I wasn’t able to drink from it.

Today was the running day when all the male runners were either booted and suited, and scurrying into offices or wearing tee shirts and shorts. I only saw one fellow running female and she was in running tights and a jacket like me. I gave her the thumbs up and continued on.

Didn’t manage to break any records today, but that’s okay I can try again another day. And if Mr Vanarama acts as my pacemaker, I think I’ll be faster.

Runnin’ Down a Dream – Tom Petty

I Ran – A Flock of Seagulls

I Ran – A Flock of Seagulls (I know user malfunction!)

Dreaming of Me – Depeche Mode

Fluff Collected – too much!