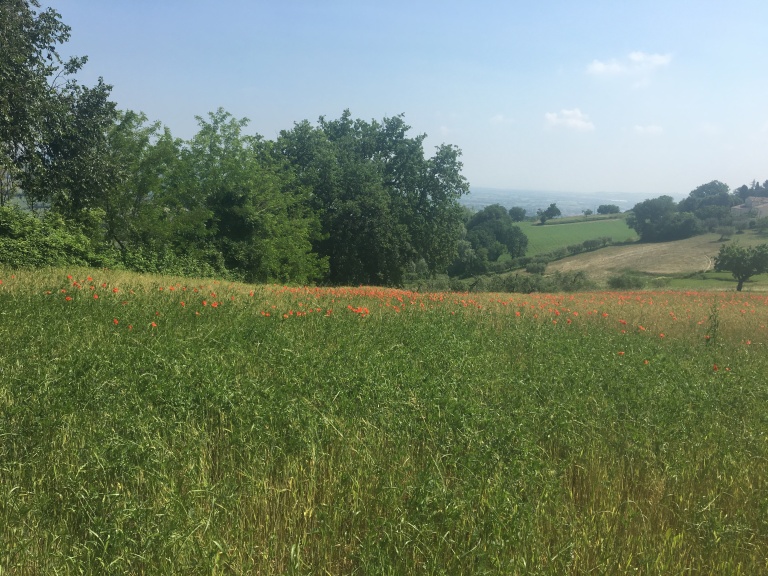 Another disturbed night’s sleep. We have a new security camera (consequence of last year’s burglary) and it’s a bit sensitive to movement. It sends deliberately noisy alerts to my phone, which countermands the ’night time’ setting – which would be fine if it wasn’t for the fact I’m here home alone.

I tried to go to bed early, I did the crossword, followed by sleep-inducing exercises – then we had a second’s worth of power cut, which set off the house alarm, just as I was dropping off. That’s not the most soothing lullaby one can have. All my senses were now on alert, I checked out the security cameras all of which had lost their pictures – this is no good for calming you down.

Eventually, after going back to reciting suitable mantras – which weren’t that effective really, I fell asleep, only to be woken up at 2.30am by the insistent alert on the phone. Of course you wake with a start, sit bolt upright, heart racing, and then wonder which bogeyman is out in your garden. Of course there wasn’t one, I think we had a rather randy firefly who was getting ‘jiggy’ with the green ‘on-light’ on the new camera. He kept on doing his thing for a little while longer and as I turned the light off once more to sleep, he performed some new acrobatics and the camera sent me another security alert. Aarrggghh, Mr JCR is away, and all I need is a calm, peaceful, uninterrupted night’s sleep, to face my demons by staying here alone overnight, without having minor panic attacks.

As my friend C pointed out, we were burgled in the winter, when we weren’t here, it was obvious we weren’t here, we had no alarm and they had all the time in the world to ransack the house. No self-respecting team of burglars is likely to choose a time when the house is clearly occupied, oh and it has security cameras and an alarm. I know all of this to be true, but still evidently I’m a scaredy-cat and afraid of a randy firefly!

The firefly incident has messed up my body clock and I was woken by Mr JCR, phoning to make sure I was fine. At that point, I thought I’d get up to run ‘early’ before it got too hot. Not that early, I’d overslept the alarm, as a consequence of Mr Firefly and his night of love. I left for my run and it was 23 degrees at 9.30am. Having had hailstones on Tuesday evening (the size of marbles), now we are sweltering in the heat.

I’d taken a look at my cumulative target and saw if I could muster up the energy to do about 11km, I’d sneak over the 900km milestone. As Mr JCR said, you could just do 2 x 5.5k runs and get there. Yes, that is true, but where’s the challenge in that?

Well, what a foolish thought that turned out to be. The first 3kms are all downhill on the Bitch of a Pitch, and apart from the occasional yelps from leaping into the nettles and brambles on the verge in my attempt to avoid oncoming traffic, that was fine. It was the next 8 that were the problem. Laundry Lane was bathed in full sunlight, with hardly any shade to be found. I know now that my pace noticeably deteriorates after the third consecutive day of running. This is my 4th day, so inevitably I was going to be slower. But add in the sun, which had risen even more and the tarmac was developing a heat haze, so my pace dropped to below snail level.

I was carrying just short of a litre of water, which I was sipping at regular intervals. And then half way through the run, I got another bloody camera alert – this time from the kitchen camera. Realistically, no-one can get in without triggering the alarm, but my heart still skips a beat when you get the alerts. So a faffing stop was called for, first of all for me to check that I had actually put the alarm on and second to check that the kitchen camera was a false alarm. And yes of course it was a false alarm – I’m guessing a buddy of our randy firefly was buzzing around.

At about the 8km mark, I realised if I continued my route, I’d end up running the Slope Of No Hope, which includes a 15% gradient. That was definitely out of plan, so I did some mini u-turns on Laundry Lane to avoid that fate. I just about scraped the 10.3km mark and that I knew was enough to get me over the 900km line. I couldn’t have done much more, the oven had turned up another notch or two and when I reached home, the temperature was up to 25 degrees.

Now that summer has officially arrived and the oven is going to be left on for at least the next 3 months, I need to go to bed early, so I can get up early to avoid the scorching heat. Mmm, I wonder how that is going to pan out exactly – two more nights alone, with a sensitive security camera and a randy firefly…

Rest – Charlotte Gainsbourg (how apt, given my lack of it, that this should be the first track)

Love In An Elevator – Aerosmith

Running Up That Hill – Kate Bush

Down Under – Men At Work

*I just got a note from the Under Armour Challenge for their Run the Year Challenge – telling me I only have 118km to go to meet their challenge – oh I wish!