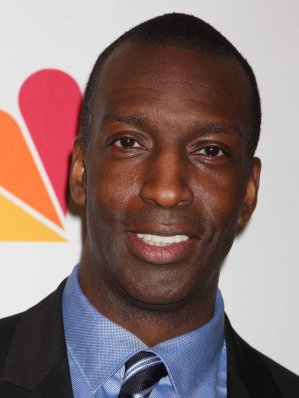 About 14 months ago, in fact 1 year 9 weeks ago to be precise, I realised my life quality needed to change. As a woman of a certain age, I needed to take some action; thus was drawn to Tinder. I know the app has a reputation for casual hook ups, but this was going to be different. I’d joined the C25K group and was looking at their dating app, to see who I fancied. Now there was an eclectic mix of dates available to me:-

Sanjeev Kohli – Sorry Sanjeev I had no idea who you were and if I was going to hook up with someone, I had to know something about them and despite looking at your wiki page, I was none the wiser

Sarah Millican – love her accent and jokes, just not sure she and I would have the right chemistry, and to be frank I’m not sure she has ever done what I was about to

Michel Johnson – okay, tall, dark, handsome, fit, credible, Olympic gold medallist, world record holder. What’s not to like? Oh and a voice that could coax blood out of a stone – I was sold. Mr Smooth it was.

The Tinder in question was the NHS Couch to 5k app, which takes you from the couch to running for 30 minutes/5km non stop in/around a nine week timeframe. Why so much attention on choosing my running coach? Well to be frank, I can be both bloodyminded and incredibly flaky at the same time, so if I was going to make a commitment to running, it had to be with someone I wanted to be with and that someone had to have credibility. And that was why I chose Mr Smooth, because as much as I love Sarah Millican’s humour, I couldn’t see me training hard alongside a lass who loves her chips and biscuits a little more than she likes exercise.

Thus started a 9 and half weeks affair, with the dashing Mr Smooth. It should have been just nine weeks, but I had to repeat a failed run, so it took just a touch longer, but 9 and a half weeks was the name of a very steamy film I recall, and it seems apt that my affair with Mr Smooth lasted that distance. Especially so, as we got together in one of the hottest summers in Italy’s history – with the Lucifero heatwave being an unwelcome ’three in a bed’ alongside me and Mr Smooth.

A year ago, yesterday my time with Mr Smooth came to an end, as I graduated the programme, having committed to him, that I would continue our affair, even if he wasn’t around. I made a promise to keep running at least 3 times a week, for no less than 30 minutes each time. How on earth was I going to keep that up, without my silken voiced coach egging me on? A combination of psychological kidology, treats, and habit, seemed to do the trick.

I sent myself ‘date invitations’ from Mr Smooth, which appeared 3 times a week, telling me to get out and run. I also got my running kit out the night before, in view of the bed, so there was no excuse not to see it. I take my running kit with me when on holiday.

I bought posh shower gel which I am only allowed to use if I have been running. I treated myself to new music downloads on iTunes, once my week’s running schedule had been met.

A year on, which of these still stick? Well the date invitation is still sent, but now I have the Alzheimer’s Challenge, the 3 x a week, is actually overridden by my new schedule. Similarly the running kit trick is used occasionally, but again the Alzheimer’s Challenge makes me get out anyway. Holiday running – yup that has happened, ask my long-suffering friends N&A who had their ‘cultural’ weekend in Granada, punctuated by the departure and arrival of a middle aged ball of sweat, at the apartment. Oh and they never signed up for the challenge…

The shower gel treat is still working – except now I only use it if I’ve met my target km for the run. The downloads have been superceded because of lack of storage space on my phone and the cost, which I was getting miffed about, so I create playlists on Spotify instead.

Overall I stuck with Mr Smooth through thick and thin, even though he told me a year ago, that our time was at an end and he’d enjoyed partnering me. In week 6 of the programme, Mr Smooth told me I was runner and I hope a year on, he’d agree that I am most definitely a runner, not a fast one, not a record breaking one, but a runner nonetheless, and so today in recognition of all he has done for me, we went running together again. Week 9, Run 3 on a repeat play.

Ooh, I’d forgotten just how delicious his voice is, he guided me through all the usual places, Slope of Hope, Mill Lane, Lovers’ Lane, The Hill That Kills, The Bendy, Scary Road, Fish Shop Corner, Bin Lane and All Roads Lead to Rome road – actually he didn’t manage all of them, because I no longer run just for 30 minutes or 5km, my runs are usually over an hour and over 10km.  I actually outlasted Mr Smooth!

And when he had said his final goodbye, I didn’t shed a tear, which would have been a bit too Hollywood, but I did allow myself a secret smile, because Mr Smooth, I kept at it, just like you knew I would. And yesterday, on my runniversary, the other Mr Smooth in my life (Mr JCR, with his shaved cyclist’s legs) took me out for a lovely lunch to celebrate our first date anniversary from 25 years ago.

There are two Mr Smooths in my life, to one I am a lover, the other I’m a wife. Let’s be honest JCR – Mr Smooth doesn’t even know you exist, and he’s got another 24 years of sticking around to do, to meet Mr JCR’s commitment…

Don’t Let Me Be Misunderstood – The Animals

I Saw Her Standing There – The Beatles

Stand And Deliver – Adam And The Ants

Whatever It Takes – Imagine Dragons

Everybody’s Got To Learn Some Time – The Korgis

Crying In the Chapel – Sonny Til and The Orioles

Who Let the Dogs Out – Baha Men

Can You Dig It – The Mock Turtles

For Your Love – The Yardbirds

Eye Of The Tiger – Survivor

5 Years Time – Noah And The Whale