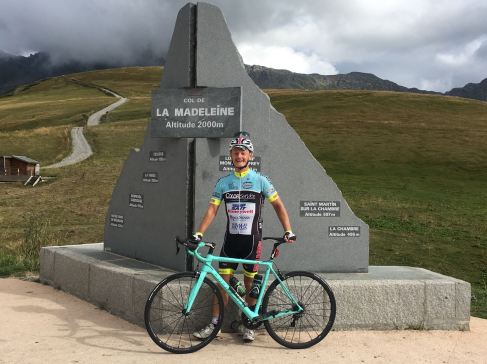 After yesterday’s record breaking run, I decided today to take things just that little bit easier and to do a 5km walk, followed by a 5km run home. The walk doesn’t count towards the challenge, just in case you were wondering, as I’d have done the 2000km by now, with all the walking that I do.

There are many types of runners to see in London,  from the sweaty commuters running because they’re in a hurry, carrying rucksacks and wearing business shoes to the ‘men only’ running groups you see tearing up the pavement, in and around the City, and especially on the Embankment. I’m sure they must exist, but I have yet to see a ‘woman only’ running group.

If I’m honest,  I prefer the lone runners just like me; we exchange a secret smile and continue on our way. It was only on Monday courtesy of The Times, that I discovered this isn’t a secret smile, it’s actually a smug smile. Carol Midgley describes receiving a power salute when running in the rain, and she says the following:-

…a salute of smugness which said “Look at us. We’re smashing it.” It said; “See how our effort not to get fat elevates us above all those dry-haired wimps in cars.”

She then describes the famous Cleese/Barker/Corbett class sketch, in which the runner is always Cleese looking down on the other other two, the cyclist is Barker and he looks down on Corbett who drives a car. As someone who is just a touch taller than the late Ronnie Corbett, I delight in the fact that as a short runner I get to achieve John Cleese’s height, even if only metaphorically.

Carol then goes onto say she likes it best when she is actually in the car, and I think I mainly agree, except for one place and that is in London. All too often, your pace as a car driver is not much faster than the pedestrians surrounding you. I often ‘race’ cars along streets, because I know I can run certain stretches faster than they can drive them. Charing Cross Road, where the sweet shop can be found, is one such stretch.

My run started as I ran homewards from Trafalgar Square, having seen the delightful sweet shop window display. Not only did I sport the smug smile, but I broke runners’ etiquette. I ‘draughted’ behind a faster runner  he could act as my unknowing pacemaker. I wasn’t close enough to gain any aerodynamic benefits, but I couldn’t have accelerated anymore to ask him if he minded. If anyone knows a runner who ran from Trafalgar Square towards St Paul’s today, who felt as though he was being partially stalked – then I apologise profusely.

He gave me my fastest km I’ve ever done at 5 minutes 20, needless to say I couldn’t sustain that and my next split was 5 minutes 55, followed by a short of breath 6 minutes 42.  But the sweet sense of success was knowing that I could do a reasonably fast 1km if I had to. Today’s run was short and sweet – it was done at an average pace of 5.56 which I’m really pleased about, because it means I have got faster legs than I’d previously thought.

Mercy, Rain On Your Parade – Duffy

Down In The Tube Station At Midnight, In the City – The Jam

Is She Really Going Out With Him, Breaking Us In Two – Joe Jackson

Everyday I Love You Less and Less – Kaiser Chiefs

(yes iTunes was on alpha order)