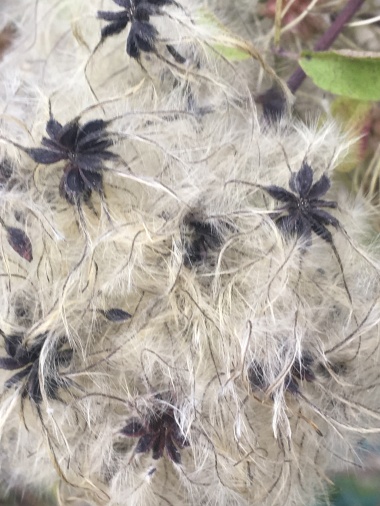 It must be due to the clocks changing but for the first time in almost a lifetime, I was awake before Mr JCR and I made the routine mug of tea. So far so unusual, I never get up first and almost never make tea at the weekend. The spookiness of Hallowe’en has got to me. Or it could be case of eating pasta late last night and my tum grumbling a bit 😉

Either way I was out of the door earlier than usual taking in the usual long route – Mill Lane to the Cafe stop. Except today, no MR JCR in the car to take me home, I’d have to ascend the Bitch of a Pitch. Ho hum.

I did my usual warm-up and then out towards Villa Bali, where a young dad was playing with his toddler. The toddler was having his tum tickled and squealing with delight, then he moved to play with the gravel. Simple pleasures – his dad said buongiorno and I waved back. It’s nice when people are friendly – it gives you a spring in your step. With his salute ringing in my ears I made my way towards the Bendy, Scary Road and promptly got overtaken by three speedy cyclists, they shouted Salve when they went past. All I could do was wave, as they were so fast and out of sight. On my way into Royston Vasey I saw a lady runner ahead of me – wearing black shorts, American Tan tights (I spotted those when I overtook her), long black socks and a fluoro green running top. I was somewhat perplexed by the American Tan tights, unless she doesn’t have running leggings and it was a way of keeping warm.

I overtook her gradually, and made my way through Royston Vasey and then curses, who did I see ahead of me but American Tan Tights runner. Is this some kind of Hallowe’en witchery going on?  Then I remembered there is a short cut, if you are keen on running uphill. It did give me a kick up the butt and at that point I did my fastest km (in this run) at just over 6 minutes a km, but she was not going my way, so I never did catch her up.

Into War Of The Worlds Lane and I see a gentleman runner wearing black shorts and fluoro green top, is he going to mysteriously appear ahead of me despite being overtaken? The answer was no, as he changed direction and started running towards me. Okay that’s two fluoro green and black combos and I’ve only seen two runners. Further on in WOTW Lane, there are two guys doing sprint training and again in fluoro green and black. That’s 4 runners, wearing almost exactly the same clothes. I have that colour combo in my wardrobe, but today went for fluoro orange and blue. I did feel slightly left out of the clothing club, however they were nice, friendly guys and said Salve as I went past.

Obviously there’s something weird going on, I never see many runners – 4 in one run is almost a record for me; the fact they were wearing the same colours was a weird coincidence. Although, it has to be said when you look in the sports shops here, fluoro green and black is a popular mix – I think it shows off the famed Italian Adonis-like bods.

Suitably buoyed up I carried onto the cafe, hitting the 10km mark – a quick coffee and brioche and I was running back towards home. I couldn’t face the Bitch of a Pitch, so wimped out and went back along to WOTW Lane – all the fluoro runners had gone, and without fellow runners to gee me on, my pace suffered somewhat.

Yes Sir, I Can Boogie – Baccara

I Feel For You, I’m Every Woman – Chaka Khan

Let’s Hear It For The Boy – Deniece Williams

I Feel Love, Love To Love You Baby – Donna Summer

Pull Up To The Bumper – Grace Jones

Forget Me Nots, Stir It Up – Patrice Rushen

Tell It To My Heart – Taylor Dayne

I Wanna Dance With Somebody, How Will I Know – Whitney Houston