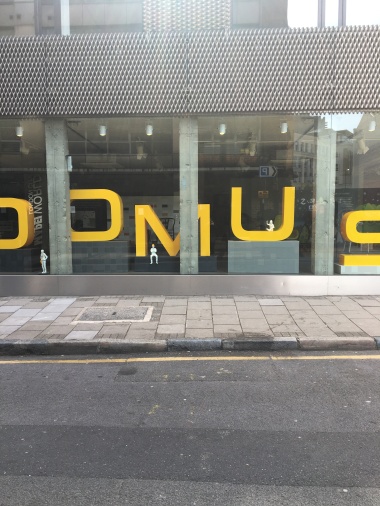 Yesterday was official rest day from C25K, but a walk was in order to keep up a minimum amount of exercise during lockdown.

The City was quiet as ever, and Mr JCR and I were chatting about how much nicer it would be if people were smiling when out. In fact, Mr JCR commented it would be like collecting happiness, and would help you feel so much better during these sad days.

With that in mind today I went on Week 3 Run 1 of C25K, determined to collect some happiness. Whilst we have to do social distancing we needn’t be socially distant and I made up my mind to smile through the run at fellow exercisers, pedestrians, workers whatever.

Mr Smooth decided we were alternating between 90 seconds of running and then three minutes intervals. Not exactly a stretch for me on the puffing and panting front, but a bit of a stretch for the gippy hip, which did start to grumble on the second three minute interval.

The sun was shining and I ticked off my first two smiles, a fellow runner and I dodged each other and both of us smiled  in thanks to each other. I know I said let’s not be socially distant, but this is London you can’t just talk to strangers randomly it will get you arrested.

A little later on a little old lady passed by laden down with her shopping, so I pushed my back to the wall so she had space, she smiled and nodded her thanks.

A few metres later I was jogging happily along and two walkers were coming towards me, the pavement space was limited so I darted into Moorgate on the road, and they both smiled and she said thank you.

I was avoiding the sun, as ordinarily by now I’d be running in Italy, (which is where all my summer running kit is) in London I just have winter running gear, which is a little bit too warm in this gorgeous weather. Keeping in the shade listening to a rather glorious Two Tone and Ska Playlist, I hit the last run interval and I felt fine save for an occasional twinge from my right hip. Turning back towards home I saw the workers in Moorgate not distancing at all – real workers and fake social distancing, but on my cool down walk I saw these cute fake workers in a window, but they were doing real social distancing.

Whilst I ran with social distancing physically, I wasn’t socially distant and so my stats are:-

Playlist – Two Tone and Ska – perfect for a run in the sun.