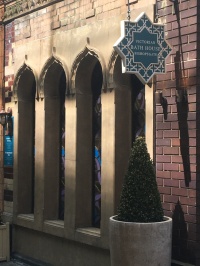 A bath house – bring it on 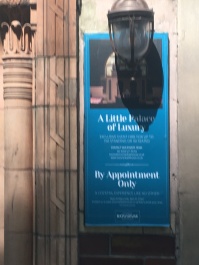 I need a sit down and a drink 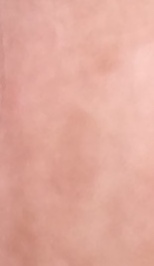 Which colour you decide

Okay and so it begins, proper running. Only this time around maybe don’t give yourself a stupid target to aim for JCR.

Usual plan post C25K is to consolidate your runs, by either running the thirty minutes interval or 5km until you get it under your belt and decide to go for speed or distance or both if you’re superhuman.

I’m too old for speed, but think distance is more my thing, when I was fully fit I really enjoyed doing 8- 12k runs, and so that’s the new plan.

A bit late in getting out meant it was a little warm, and I decided to hug the shade and run to my Raspberry Cornet playlist – all based on colours.

I set out with Pretty in Pink by the Psychedelic Furs, which was a nice beat to get moving and started my way towards Peter Parka’s lair, but there were a lot of construction workers there, so I thought it would be better to aim for the City.

Running in the shade I was delighted at my first kilometre’s speed, but then things went rapidly down from there, I think I may have unwittingly set out too fast and I quickly slowed down and was not so much running as plodding. I gave myself a challenge to find something I’d not seen before and found a Victorian Bath House, at this point I was boiling hot and would have loved a soak, but it’s a bar, and it’s closed. So that was a bit of a disappointment, although in fairness I wasn’t carrying money/cards so I couldn’t have stopped for a drink anyway. Stupid tart syndrome hits again…;)

This was about the halfway mark and to be honest a voice in my head was telling me to give up and go home due to the heat.  We are returning to Italy soon, and if I don’t acclimatise to running in warm weather, all of my training will have been for nothing. I gave myself a good talking to, and carried on. I thought I’d aim to do either 5km of running or at least run for more than 30 minutes. Mooching around in the back alleys of the City I found an outdoor courtyard, formerly the site of a church and the old pews had been arranged for seating. I particularly liked the swans drinking, although they did remind me that I was very thirsty. My water bottle was decidedly empty and at that point I’d been running for about 35 minutes, I failed on the 5km mark, but did meet one goal to continue the running and for more than half an hour.

Will Smith was singing about Men In Black, defending the galaxy and that made me think about chocolate – I was heat hallucinating, and so called it a day. The final pic is a close up of my face colour – I’m thinking Raspberry Diva

The usual – I decided I needed to keep on doing it

Best song – always Purple Rain because I love his Purple Highness and he came on at the terrible ten stage, which was very helpful